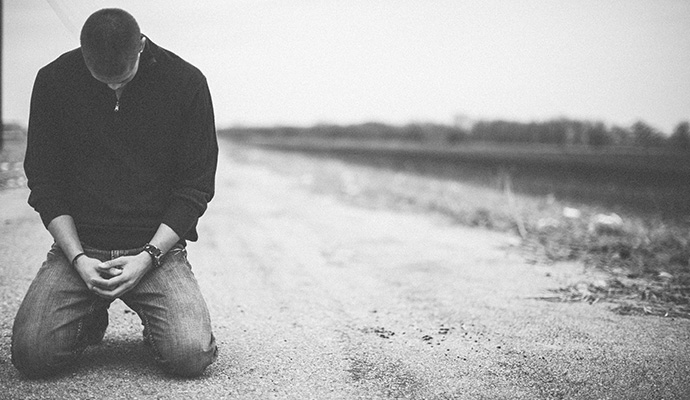 At some point, we all will ask ourselves the question, why do I hurt? It seems inevitable that in our lives we will face suffering and hardship and eventually be confronted with the penultimate reality of our own death. And it is remarkably refreshing that Christianity deals with these kinds of question about sorrow and grief and approaches them from the perspective of lament. Lament is not a foreign concept in the Bible and provides perhaps one of the best, though least trodden, pathways in apologetics.

Douglas Groothius, Christian philosopher and apologist engages with these questions in a profoundly raw and disarming way in his book Walking Through Twilight. The book, better described as a memoir, recounts Groothius’ struggle with his wife Becky’s aggressive form of dementia – primary progressive aphasia (PPA) – which sees her quickly lose the ability to communicate. Given his wife’s deteriorating state Groothius becomes her primary carer and shares his daily experiences and suffering in light of her illness. In writing about these experiences Groothius describes moments of pain and beauty as he comments, “there is love in the ruins, if one has eyes to see it”.

he book is broken down into short chapters with a handful of interludes dispersed throughout. There is a sense in which the book progresses by beginning with Becky’s diagnoses and then moving to the day to day realities that ensue. But it also feels more reactive than that. And that is a good thing. Rather than trying to recount everything moment by moment, Groothius’ writing emerges from genuine reflection on specific things often grounded in banal events. And that is also how it feels to read the book. It is neither stagnating nor clinical but rather warm and exposing. Some chapters engage with rich philosophical musings, such as whether it is ever acceptable to lie especially when it prevents greater hurt, others about the effectiveness of using social media as a medium for mourning.

The memoir, while often philosophical, is not separated from practical wisdom. Groothius’ own experiences not only serve as an example of the realities of suffering through illness, but he also sheds light on how we can support and grieve with those who are lamenting.

It is both ironic and appropriate that Groothius concludes his memoir by citing 1 Corinthians 13. Ironic, because no one on their wedding day ever expects that at some point in their marriage they will actually have to navigate tragedy, and appropriate because this is what real love is, patient, kind, longsuffering, it is not bound together by sentiment, but by willingly and intelligently caring for the one you love even in the face of a terminal illness.