We do a lot loving our community - not because we think we're the answer, but because we're compelled to love our community - because we're driven by the love Jesus has given us. So we love because we loves us. We live amongst the wonderful people and we are therefore stewarding what capabilities and contributions we can make, being obedient to Christ, praying that our unconditional commitment to these works will help people experience and see that God is good and they do matter and yes, hopefully will become thirsty to explore what motivates and has changes us. We don't have all the answers, but we are wanting to be faithful as we share the journey together.

Each Monday during school terms, 9.30am Mainly Music meets in Roberton Hall to bless pre-school children and their care givers.  This thriving group of music and engagement, followed by a play time for the children and space for the care givers to chat with another adult is a joy of ours.  Come give it a […]

Each School Term Break we have a holiday programme for ages 5-12! This programme fills literally within 24 hours of registration opening, weeks prior.  We do have waiting lists and things do open up.  This programme is led by trained leaders and all safety ratios are considered. Have a look at our Autumn 2021 video

During School terms on Thursday afternoons, we host an intermediate age (years 6-8) youth group! They can come straight after school and we begin 3.30pm, ending at 5pm.   Kids from St Christopher’s from all schools, and mainly kids from our two local schools (Merrin and Westburn) where we have 24/7 leaders, attend. This safe […]

Our youth ministry (years 9-13) is growing and going super. Forge meets in school terms on Wednesdays 7-9pm.  There is much more from camps, events, and engagement in the church family where teens grow and find healthy belonging. We intentionally develop leaders through the Forge serving in a variety of ways.  Come discover opportunities. Check […]

Our young adults currently meet alternating Mondays at 7pm for a full dinner, followed by equipping them to get dirty – to dig in and learn what it is to follow Jesus, to “get” God’s Word.  Then, of course, incredible desserts!  *This is off site, so contact us for details – youngadults@stchristophers.org.nz Young adults here […]

Little Dove is our Drop in Centre.  Yes, it is targeting our seniors, but everyone is welcome! Some come and rink coffee and chat.  Some play a variety of games and some read a newspaper. Join us Fridays 1-3pm

Healthy Holistically is the best description. Using trained leaders this group works on gentle conditioning, aerobics, soft impact dance.  Those with limited mobility use a chair or… they come and belong!  This even is designed to help brain activity! Afterwards, okay admitting it up front, is of equal importance – a morning/midday tea.  The conversation […]

We have day and evening groups for qualified informal and relational learning English, to adjust and function in our New Zealand life here! Tuesdays 10am, Wednesdays 7.30pm groups meet. More details 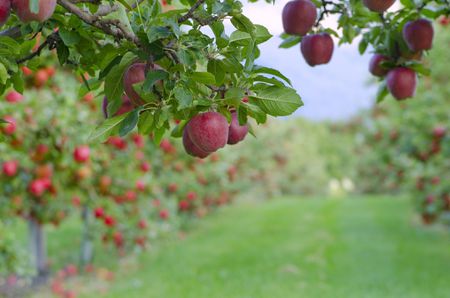 We care – full stop! 🙂 We have two avenues where we literally share our food.   First, we have our community food pantry system, shared with people in our own community.  A few are associated with our church, mostly they come via relational connections and through our relationships with local schools.  They become more […]

We currently have 24/7 youth work entrenched with both Merrin and Westburn Schools. This ministry of St Christopher’s have been integrated with our holistic and warm engagement with our community and schools.  Let us know if you have questions!

St Christopher’s has begun an association with Petersgate Counselling Centre, located at 29 Yaldhurst Road, near St Peter’s, Upper Riccarton. Petersgate operates as a not-for-profit charitable trust which, this year, celebrated its 25th anniversary. From their website, “Petersgate counselling centre was initially established in 1996 as an ecumenical project to provide a counselling service that […]

Those widowed go through a journey with no map.  Only those who’ve “walked the ground” understand. Our group is there – they get it – they understand. Get in touch!

Our thriving Indoor Bowls meets Tuesday nights 7.30pm through much of the year.  They have evening supper and loads of laughs and occasionally compete outside the group, which is of notable size itself. Let us know if you would like more info!

Within St Christopher’s we also engage at a relational level when people are in need, weddings and funerals, important life celebrations, parties and hosting a number of ongoing and one-off events (political referenda symposia). Some of our regular ongoing ministries from outside our church, which  we host include: Bible Study Fellowship Courses for men and […]