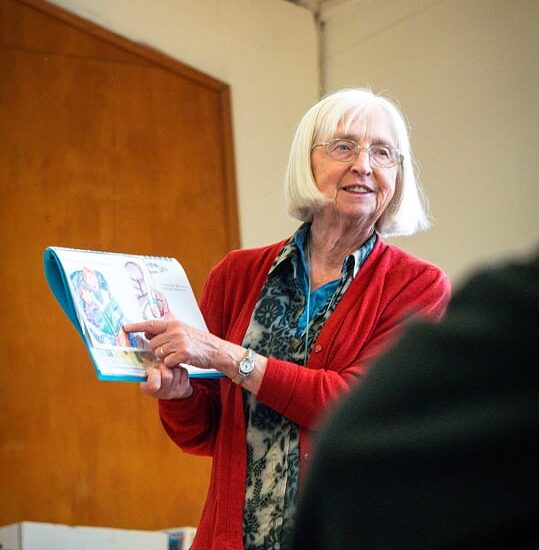 Have a read of this article.

My comment in response and support:  Homogeny of any type is detrimental to the church – in its presence in the world, in its ministry to the community and bringing of the (WHOLE) Gospel, in its discipleship of the people.  Learning to weave our lives into holistic community is vital to being formed in Jesus’ image.  Nothing is better than the necessity of deference for and to include others.  AND in a society fraught with depression, suicide and mental-emotional illness, nothing communicates the inherent worth of every human than how we treat everyone, include everyone and the deep cherishing of people when they can no longer contribute in classic ways (funds, energy) – People are not commodities… BUT a secret, in this broken world – the Spiritual Gift of Nana and Grandpa in the lives of fractured families and their kids who’ve never had authentic unconditional love, mentoring, fathering and mothering is palpable!

~ Michael, privileged to be your Vicar

A vital, growing church has lots of young families.  A church in Minnesota wants to be that kind of congregation.  So it is kicking out its current, long-term members who are over the age of 60.

Cottage Grove United Methodist Church in Cottage Grove, Minnesota, is trying this approach.  The denomination has given them a $250,000 grant to hire a church growth consultant who is overseeing closing the old church and then re-opening it with new membership.

The older members must stay away for 15-18 months.  After that time, they may apply to come back.  They might be allowed to, provided that they accept the “youthful new identity” of the church.

To add insult to injury–or injury to insult–the banished old people are still being asked to support the church financially and to continue to help with the maintenance.  “They want us to mow the lawn and shovel the snow,” complained one senior citizen.  But they are not supposed to come into the sanctuary.

“Jesus said we are called to reach new people,” said [Rev. Dan] Wetterstrom [pastor of the dual parish of which Cottage Grove is a part].

He said that Methodists’ regional Annual Conference is paying $250,000 to restart the church. They have hired a specialist in starting new churches — Jeremy Peters.

Peters, 30, has moved to Cottage Grove with his wife and two children. He is working with community groups, laying the groundwork for the relaunch, probably in November.

“It’s a new thing with a new mission for a new target,” said Peters, “and a new culture.”

The older members will not be physically barred from attending, said Peters.

But the expectation is that they will not.

“We are asking them to let this happen,” said Wetterstrom. “For this to be truly new, we can’t have the core group of 30 people.

“The members of the church have other options. They can come to Woodbury during this phase.”

How long should they stay away?

Wetterstrom’s timetable for the transition explains: “15-18 months after weekly worship is launched at Cottage Grove campus — those members of the current campus who are interested in migrating back … connect with (Peters) about how to best make that transition.”

Church leadership has suggested the present-day members could be welcome if they supported the youthful new identity of the church. “If they are on board with that, they are welcome to attend and engage,” said Peters. . . .

William Gackstetter said the aging membership has been asked to continue maintaining the church until it reopens without them.

“They want us to mow the lawn and shovel the snow,” he said. “As if anyone would do that. This whole plan makes me sick. I believe it’s evil.”

Cheryl Gackstetter added: “We are supposed to be silent partners, and still give money.”. . .

“They want to create renewal,” said church founder Baker. “I am all for renewal, but why not do it with everyone? It doesn’t make a lot of sense.”

He questioned the wisdom of trying to reopen the church in the same building and with the same name, with the pews full of vibrant young families.

Back in the heyday of the church growth movement I remember hearing from a pastor who had been indoctrinated into these new techniques.  He said that growth of the church comes from removing “obstacles” that prevent new people from coming.  Sometimes those obstacles are existing members.  You have to “choose who to lose,” he said, apparently invoking a church growth slogan.  You have to identify people who are standing in the way of the changes you want to make–those who oppose the new worship styles you want to introduce, those who keep raising theological objections, those who are pushing back against the other changes you want to implement–and then you get rid of them by encouraging them to leave.

But the church does not belong to church growth consultants, denominational leaders, nor even to ambitious pastors.  It belongs to Christ, who said, “whoever comes to me I will never cast out” (John 6:37).  “Vibrant” congregations are not about assembling “the right sort” of people and excluding those who do not measure up.  The existing members of a congregation are the church.

I predict that the new version of Cottage Grove Methodist Church, with its “youthful new identity” will not attract “vibrant young families.”

Are young families really scared off or even put off by older people?  I don’t think so.  There is the surrogate grandparent syndrome that can make young children and their parents actually like to be around senior citizens.

The same mindset that so callously is willing to get rid of its oldest members will also repel the young families the church leaders are trying to attract.

As evidence of my prediction, I offer the testimony of the one young family that is already attending Cottage Grove:

Stella and Jon Knapp of Cottage Grove were the only members with children at the service, and they say they hate the plan.

“If it happened, I wouldn’t come here any more,” said Stella, 34. As six-year members, the couple loves the church, and do not see how any Methodist miracle can draw in more people like them.

But did it bother them to be the youngest members at the Sunday service?

The new one won’t be “kind.”  It will want to use young families like the Knapps to meet their membership goals.  But personal ties are expendable, and most young families will see through the fakery.  A congregation that is willing to sacrifice its older members will be willing to sacrifice its younger members when they get old.  I think potential new members will pick up on that.

Nor will God bless those who so flagrantly ignore what He says about honoring the elderly.  For example, “You shall stand up before the gray head and honor the face of an old man, and you shall fear your God: I am the Lord” (Leviticus 19:32).

Join us this week at 10am – all congregations sharing worship and lunch.  Bring a plate and worship as one body!  Such joy encouraging one another before the holiday schedule takes over and our ministry turns to our guests! 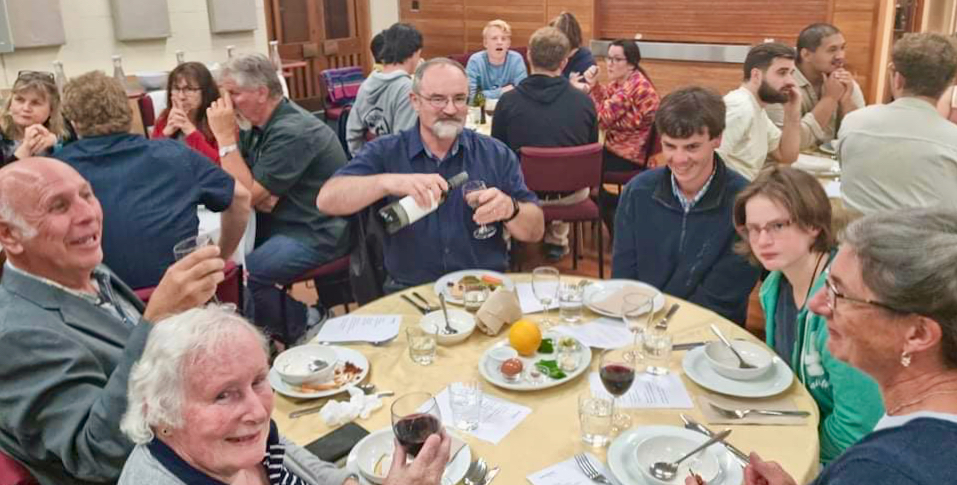